The pandemic has clearly changed consumer behavior over the past year, as almost all work is now done remotely through technology and digital services. The acceleration of digital transformation today is increasingly felt around the world, and many companies are starting to accept and adopt new technologies as a solution to stay competitive and relevant to the latest business competition.

This sector has been well utilized by cloud computing service providers, namely Amazon Web Service, Microsoft Azure, ServerSpace, Google Cloud Platform, Adobe Creative Cloud, Kamatera, Oracle Cloud, Dropbox and of course IBM Cloud Services. These companies are keeping work processes in check in times of tightening social distancing and are sure to progress and develop in the future.

In the third quarter, the company generated net cash from operating activities of $4.3 billion, while IBM’s free cash flow was $1.1 billion. The company returned $1.5 billion to shareholders in the form of dividends. IBM ended the third quarter with $15.8 billion in cash including marketable securities, up $6.7 billion from the end of 2019. Liabilities, including $20.9 billion of Global Financing debt, totaled $65.4 billion.

IBM CEO Krishna previously suggested that based on input from shareholders, IBM plans to maintain its dividends and grow,  with Q42020 projections showing a seasonally strong quarter. With superior technology and products across hybrid cloud and data platforms, AI solutions, Cognitive Applications, the Global Business Services (GBS) segment and Application modernization offerings, it is expected to attract a lot of enthusiasts, so the Q42020 revenue is expected to surprise. IBM has increased the efficiency of its blockchain solutions, as well as quantum computing systems and services which will also become a strong base for generating revenue.

But IBM is not the only service provider; there are many competitors who benefit from similar services, and the decline in corporate client spending during the pandemic can also be a prospect in a decline in profits that will be reported later. 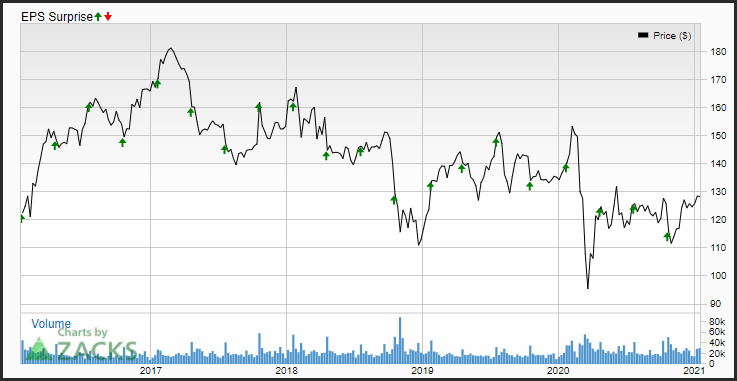 The stock price rally that is moving like crazy, breaking its record from March 2020 lows is extraordinary. With so much money circulating in the market, the recovery mode “V Shape” graced the blue chip stock price board. But the facts in reality are unlike the numbers on the stock board; a paradox is evident between the comparison of stock prices and economic growth in the midst of a pandemic crisis.

Even though the trend is still on the upside of the 20-day moving average support (white line), it’s clear that the momentum is starting to slow. This is illustrated by the divergence bias from AO which is proportional to the rising price which is starting to fade.